A Behind the Scenes Look at Designing 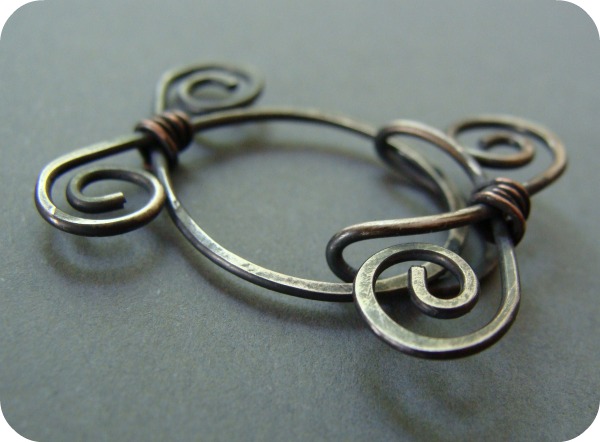 "There is merit in the attempt, and a whole lot accomplished along the way." - unknown
I wanted to design a clasp for the Art Bead Scene and was playing with wire. I had the first part of the design in mind and I thought I was trying to create a toggle clasp.  I was playing around with different bar options and realized the bar would need to be for two strands - so I had a little flash and thought well let's transform this toggle into a multi-strand hook and eye clasp instead. 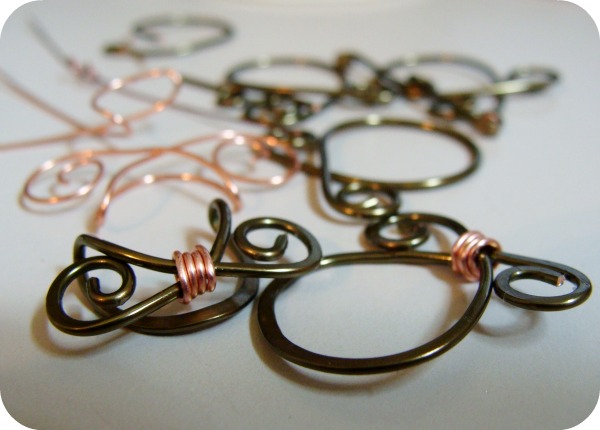 I used thin copper wire to noodle around with designs until I found one I liked.  After that I used craft wire in the desired gauge to make a prototype.  Once I finished a few and really understand how I created the clasp I was ready to make it in silver and photograph the step-by-steps.

I thought you would enjoy seeing some of thought process that happens in creating - it's not just a here is my great idea let me whip it out kind of thing.  Nope, there are mis-steps and scraping plans altogether and then in a rush something inspired comes out of the mess and that is refined until it's tempered into a useful design. 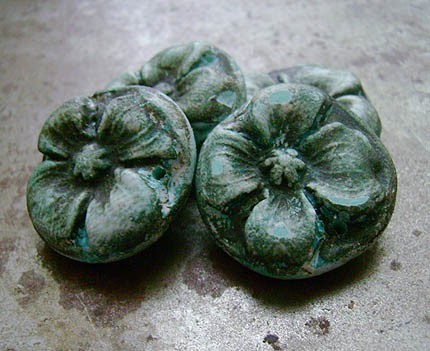 My next plan is to use the clasp in a bracelet with one of my Dogwood Pendants.  I'm sure more trial and errors await me, but that is part of the joy of creating your own work.  The playing and experimenting and failed attempts are as important as the finished piece.
Posted by Heather Powers at 10:45 AM

Hi Heather, i couldn't agree more i love playing with wire i have a huge roll of cheap hardware store wire for that and accually i just did my very first wire wrap bracelet with lampwork beads using sterling silver wire( i usually use artistic or para non-tarnish silver wire)i was so proud of myself hardly any boo boos and my dad called and i have my package from you arrived yesterday i am going tomorrow to get it can't wait to see my giveaway win as well as the mushrooms i ordered i just love your unique components you and Mary are 2 of my favs for sure thanks for sharing your creative process it helps alot ttfn L:)

Love the dogwood pendants and of course, your fabulous clasp! I counted 126 dogwoods on my run through my neighborhood yesterday.

Thanks for sharing your process. I usually make mom work out the details and it is fun to watch her work with the wire and think how she is going to use it to come up with our designs.
Love the dogwood pendants - the colors are stunning!

these are really fabulous and i love when we make 'discoveries'! thank you for sharing one of yours...

The clasp is just beautiful! I've had an on/off relationship with wire--but mostly off. I don't have time to devote my full attention to working it, so each time I pick it up I have to learn all over again.

I can't wait to see how you use your pretty dogwood pendants along with the clasp. I know it will be fabulous!

So much talent all in one person. Amazing! 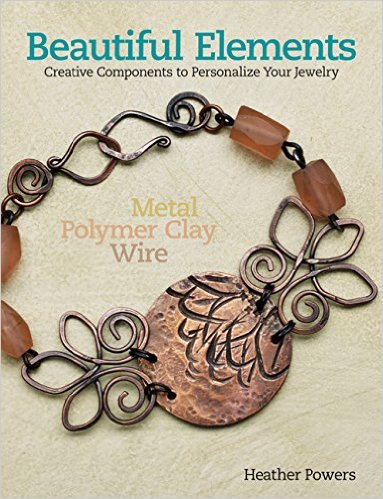 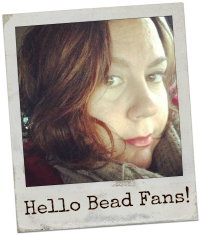 Hi, I'm Heather Powers - beadmaker, jewelry designer and author. Inspired by nature, charmed by my small town life and in love with all things handmade! 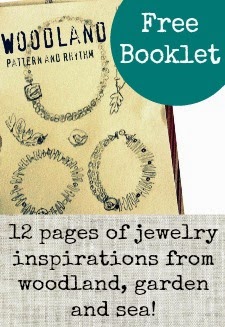